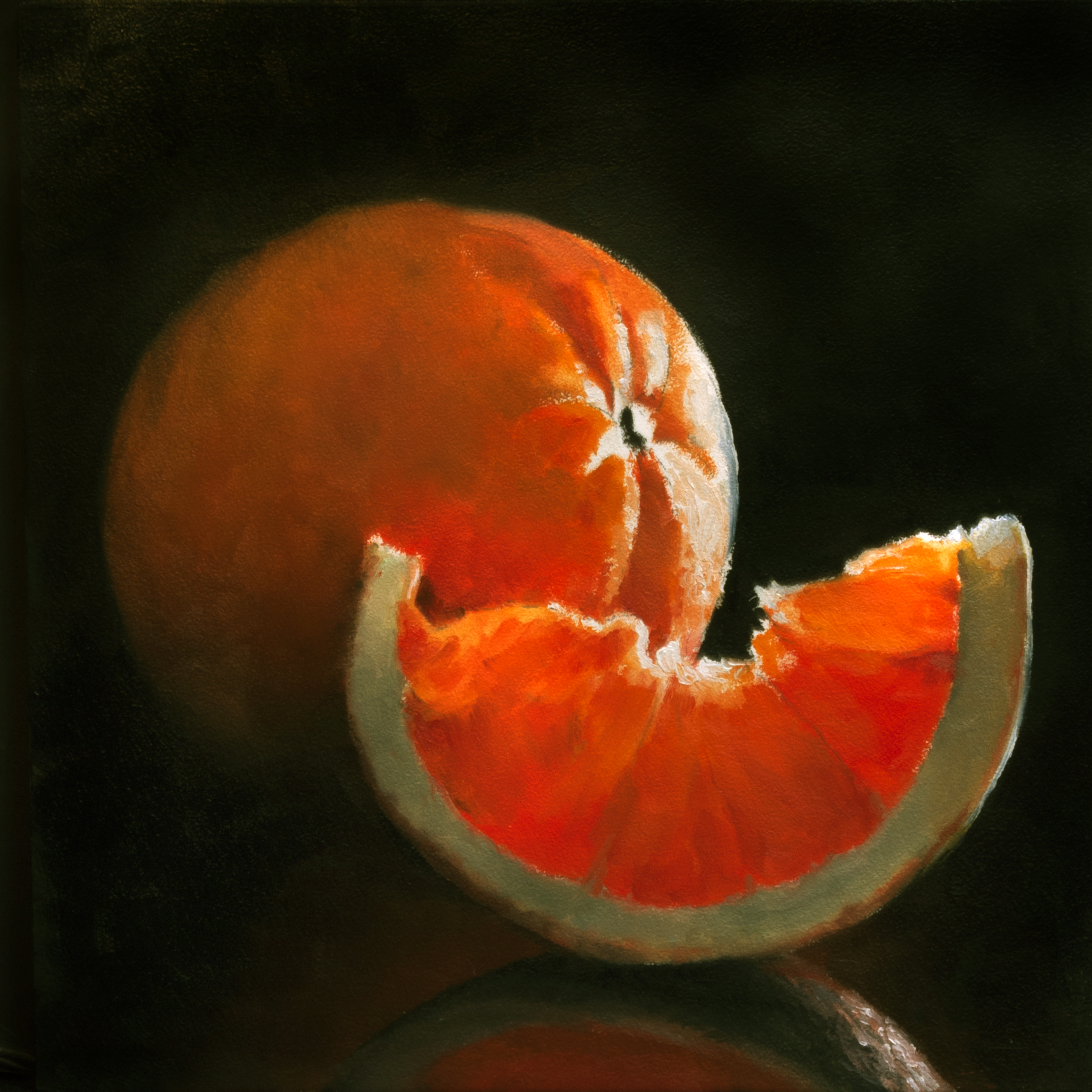 Anthony Enyedy was born in Buffalo, New York and studied advertising and graphic art at the University of Buffalo.

Enyedy has worked as a graphic artist for the past thirty years in Southern California and is now semi-retired and starting a life long dream of painting in oils. He is currently working on a series of large scale still life fruit in oil on canvas and panel board.
His paintings convey a simple beauty with charscuro effects used by the old masters. However, his work maintains a contemporary edge that represents the 21st century version of the old master style.

Enyedy meticulously works on each subject using numerous layers to achieve breathtaking imagery with masterful use of color and light.