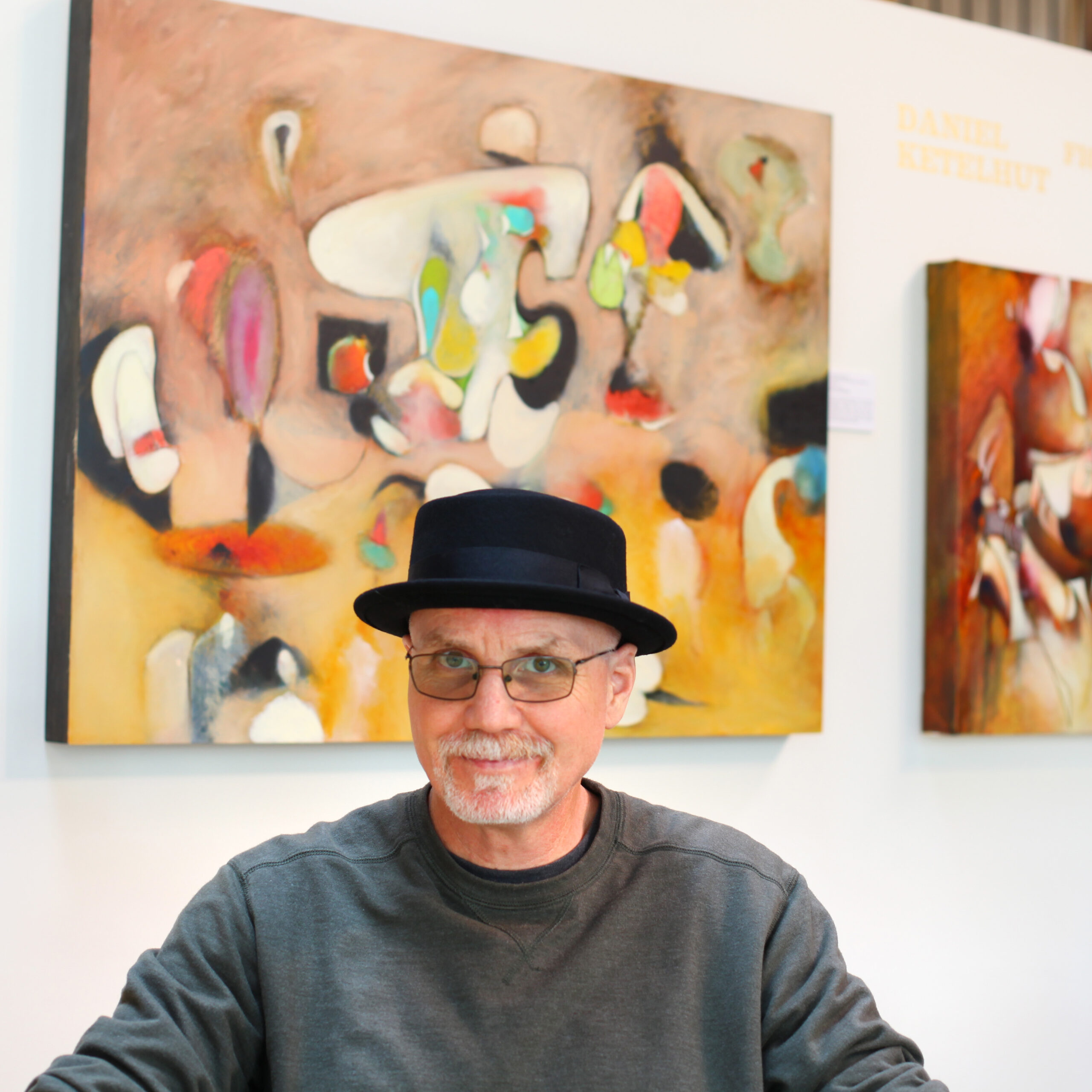 Born in Freeport, Illinois in 1966, Daniel Ketelhut is an emerging painter who currently resides in San Diego, California. Ketelhut graduated in 1990 from San Diego State University with a BA in Art, emphasis in studio art, and was recognized with distinction in his major.

The otherworldly subject matter of his imaginative, colorful paintings is largely self-generated.  Depicting strange, biomorphic creatures and fantastic realms, it often explores the themes of mystery and transcendence. In addition to his formal education, Ketelhut is self-taught, which he considers to be just as important. His work has been seen in several solo exhibitions as well as numerous group shows both locally and nationally. His work is included in both national and international private collections.

“I draw and paint to lift the veils of everyday and catch glimpses of a world which seems strange and unfamiliar, but is reflective of what is in many ways a more substantial reality – the inner, subconscious world available to all of us.” – Ketelhut