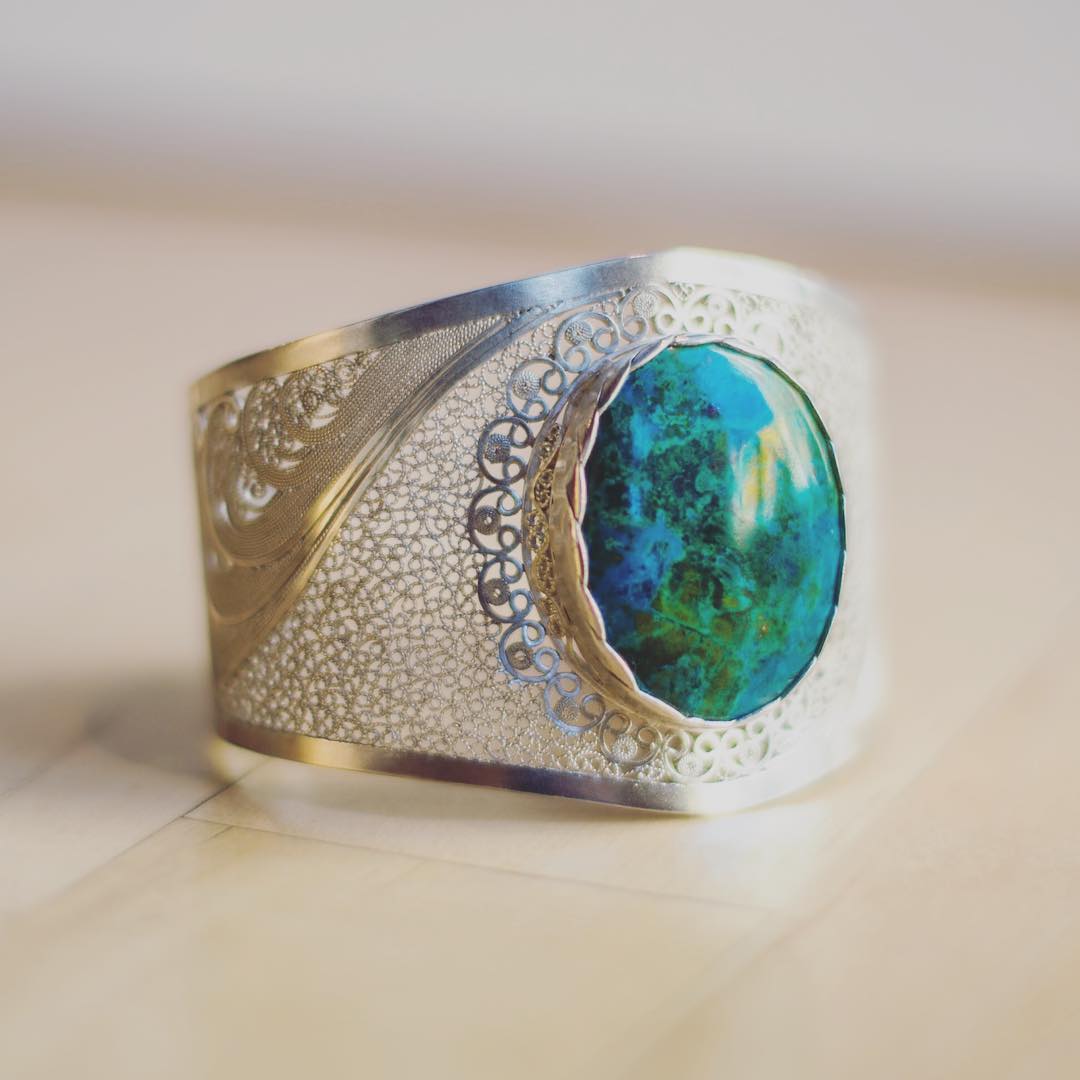 Errant Gem jewelry is designed by Rafael Rios-Mathioudakis. Born and raised in Guatemala City in Central America, Rafael is a professional photographer, educator, and a jewelry maker. While studying in Argentina, he became friends with some of the best craftsmen and artisans in Buenos Aires. This inspired Rafael to travel Latin America which took him to San Jose del Cabo, Baja California where he met his first jewelry mentor, Javier Campos. He learned the basics of metalsmithing along with other techniques such as setting stones, reticulating sheets of silver and casting objects using the lost wax casting technique. Shortly thereafter he ended up in Mompox, Colombia, a small town near the Magdalena River, where he became the apprentice to Eligio Rojas to learn the art of Filigree. Filigree is an ancient technique in a contemporary style. It is a delicate embellishment in which fine, pliable threads of precious metal are twisted or curled into a design and then soldered onto the jewelry. After his apprenticeship, he continued his travels which led him to San Diego where he started his jewelry brand, Errant Gem and where he became the founder of the Ojo Creativo project which provides bilingual photography classes to young people in San Diego and Latin America.