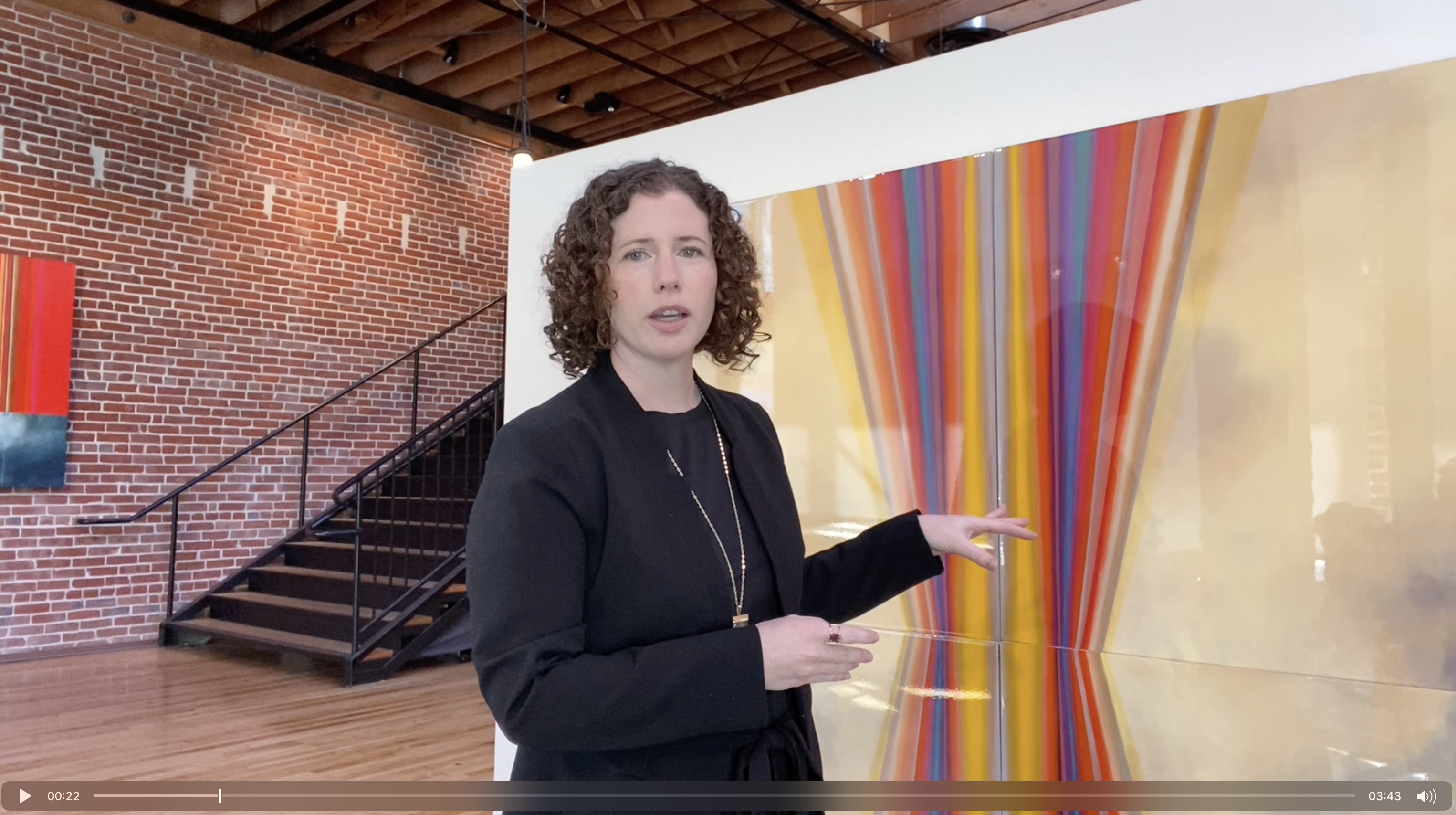 Julia San Román was born in Madrid, Spain. She holds a PhD in Biology and trained in Studio Arts and Art History.

In her solo show at Sparks Gallery, a battle of forces takes center stage in San Román’s latest solo show GLIMMER, with light assuming the role of protagonist, while the role of antagonist is cast as the large, foreboding nimbus clouds.

In these celestial scenes, light is in constant struggle with the clouds for room in the sky. The red and yellow light beams explode through the grey amorphous masses, leaving a full spectrum of color in their wake. As the light vanquishes the dark, a feeling of optimism swells inside each of San Román’s paintings.

San Román’s solo show also includes work from her series FULL CIRCLE, which depicts dancers from the Latino community in order to pay homage to the rich culture that shapes what she refers to as, “the silent base of the American economy.”

With their arms outstretched towards the heavens, these dancers transcend beyond gravity’s earthly hold, and dissolve into the colorful ether beyond the clouds in these surreal works. These paintings are a direct result of her time spent within the Latino community; and by combining both series GLIMMER and FULL CIRCLE into a singular solo show, San Román brings a heavenly weight to the vibrant dances that frame a culture.

San Román’s solo show, GLIMMER, taps into our innate fascination with light and serves as a beacon of optimism, during a time when one is looking for a silver lining.

San Roman has been shown nationally in many exhibits in galleries and fine art venues, as well as the Oceanside Museum of Art, the William D. Cannon public gallery in Carlsbad, CA, and the San Diego International Airport.