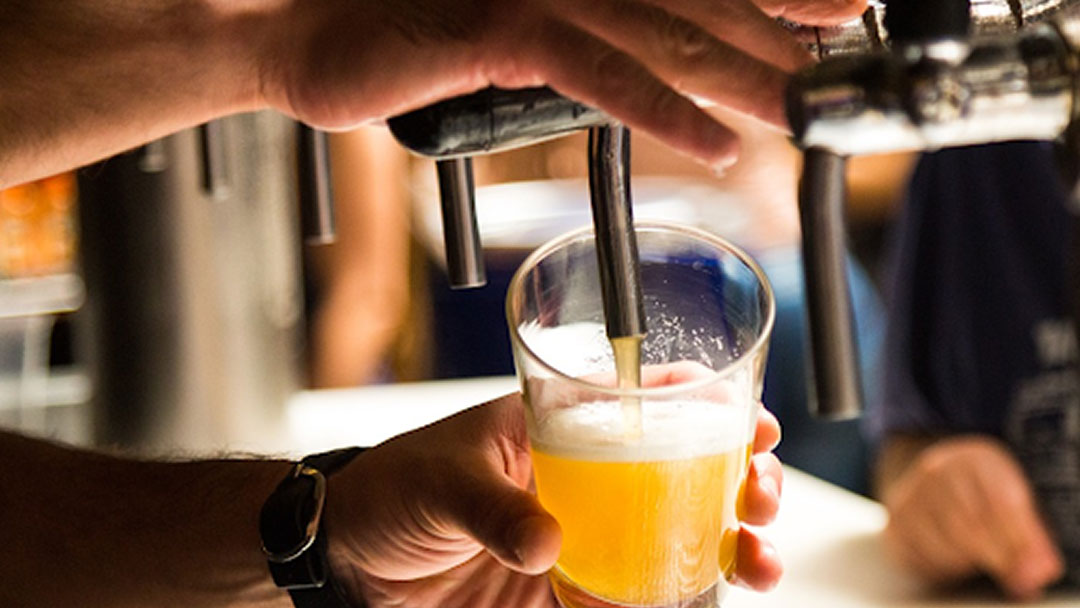 There’s nothing quite like swinging by a brewery during a night out on the town or after an event venue.

There’s a reason why breweries and bars tend to be where all the hustle and bustle is. They’re prime locations to connect with friends, meet up with co-workers, and get to know your downtown art scene. Considering California’s wealth of annual events, though, it can be easy to succumb to choice fatigue.

Whether you’re new to San Diego or a current resident, you won’t want to miss this list. Here are the 7 best breweries in Gaslamp Quarter, San Diego.

An award-winning brewery located right in the heart of San Diego? They even have a beer named after the Gaslamp…

Resident Brewing Company is a brewery that originated from deep, persistent love of the craft. Its founder initially shifted from the IT industry to try his hand at home brewing competitions, eventually finding a niche that would resonate with thousands of visitors years later.

Did you know IPAs and pale ales are the most popular craft beer styles in the United States? Resident Brewing Company hits our top 7 best breweries in Gaslamp Quarter for their commitment to unique beer combinations. Alongside classic blondes, they offer a coconut IPA and a tropical fruit IPA, perfect for summer or a throwback winter.

This brewery is very highly rated on Google Reviews and Yelp. With such a consistently positive reputation among drinkers, let’s see what the “buzz” is about.

Creating a delicious beer means embracing the artistic and scientific aspects of the brew. The founder was eager to put his science degree to good use, starting as a humble homebrewer and eventually creating one of the go-to breweries in Gaslamp Quarter, San Diego. Their beer is charming right from the get-go, named after regular patrons that believed in their dream.

Blonde ales, stouts, and IPAs round out this traditional beer portfolio. For those who need their daily coffee, their Friars Breakfast mixes in roasted coffee beans for an unforgettable kick. If you’re still more of a cocktail fan, you’ll want to check out our review of San Diego’s cocktail bars.

Not feeling up to attending a big event? Microbreweries offer a peaceful little haven to unwind before heading back out into the night.

Located in a quaint building (literally) from the mid-1800s, Mission Brewery is a throwback to simpler times. Their beer can designs embrace California’s oceanic culture with ships, maps, and pirate flags. They pair their style with substance, they’ve been the recipient of awards from the LA International Beer Competition and Great American Beer Festival.

IPA fans will have a field day with Mission Brewery. They have an aromatic-and-bitter Mission IPA, as well as a delightfully fruity New England IPA that’s sure to knock your socks off. Consider sticking around to experience their tasting room!

Want to make your trip to San Diego the most memorable vacation yet? Sparks Gallery is proud to showcase today’s local fine art talent.

While not technically in the heart of Gaslamp, East Village is extremely close by and we’d be remiss not to put it on the list. It’s a quaint little bar that represents so much of what makes San Diego memorable.

A strong art direction should hold up throughout the entire brewery, from the names of their beer to the style of the bar. Little Miss Brewing stands out immediately for its fondness of old war memorabilia, with beer titles like Tropic Thunder and Valkyrie. The founders of Little Miss Brewing had originally considered Arizona for their business, but were drawn to San Diego for its vibrant beer culture.

Their beer portfolio is robust and well-rounded with light beers, IPAs, porters, stouts, and even a rare red ale. They also have a handful of vegetarian options to ensure everyone’s having a good time. While the craft beer industry has faced some challenges these past few years, Little Miss Brewing is a great example of today’s fighting spirit.

While browsing the Gaslamp, you may be tempted to skirt its bounds to see what lies ahead. You’ll eventually run into Half Door Brewing Co, an Irish-styled pub designed with the classics in mind.

The name of the brewery is an interesting one, intentionally hearkening to the habit in rural Ireland to leave doors half-open for fresh air. Half Door Brewing Co. loves the homely, rustic aspect of pubs and is happy to be a pleasant discovery on your way to a memorable evening.

Hazy IPAs and pale ales are a must-have in sunny San Diego, but characteristic to their roots, they also boast red ales and rich lagers. If you’re feeling a little experimental, try their white chocolate peanut butter stout.

The Gaslamp is nestled right next to vibrant neighborhoods with their own rich culture. It’s hard to visit the best 7 breweries without making a trip just a bit north to Little Italy.

Ballast Point Brewing prides itself on having one of the best locations in town, offering a beautiful view of the ocean with today’s best craft beer. If you’re feeling like staying inside, never fear. Their indoor decor is a lush haven of ivy, light strings, and gold filigree.

Lager, ales, and stouts round out this portfolio, though there are enough IPAs to satisfy any hophead.

Let’s wrap up the list with another brewery that is right next to Gaslamp in Little Italy. This snazzy location has been around for nearly ten years, enjoying repeat visits due to its great beer portfolio and fun approach.

Divided between a regular beer line-up and seasonal options, Bolt Brewery has something for everyone. They have a particular fondness for tart and sour choices, such as their orange blonde ale and grapefruit pale ale. They’re also pet-friendly and have little patios for your dogs to stretch their legs.

Next time you’re gearing up for a Gaslamp tour, be sure to add this location to your brewery bucket list.
Sparks Gallery welcomes guests to view today’s most inspiring art exhibitions in the heart of the Gaslamp Quarter while they are touring the best local breweries.