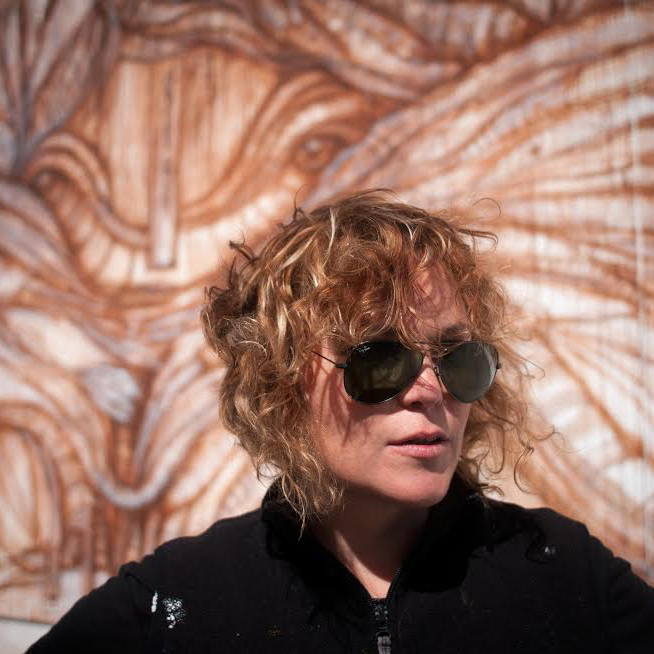 Gloria Muriel is known for her urban art installations and public murals. Gloria Muriel’s paintings, primarily acrylics, are characterized by their dazzling color and enigmatic, symbol-rich iconography. The work is predominated by images of big-eyed girls, often playing musical instruments; birds, and anthropomorphized nature, like trees and flowers with faces. Most of these compositions have a dense, murky background that suggests tangled vegetation or water.

Muriel, a native of Mexico, lives in San Diego and is a graphic designer by trade. She has two daughters who are the same general age as the girls in her artwork.