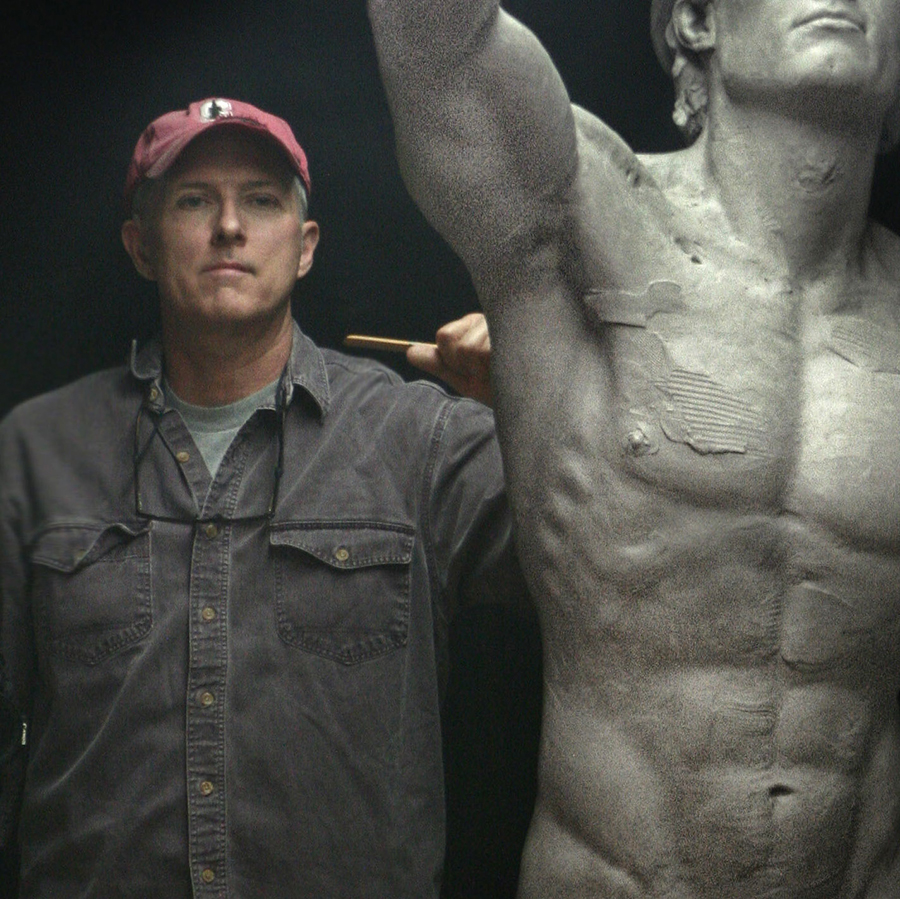 Born and raised in Los Angeles, an artistic child, photographer, teenage published author and amateur motocross racer, Becker eschewed art for a career in the sciences that earned him several patents and a master’s degree from Stanford University. Then, in 1996 while on a 3-year assignment living in Europe, he fell back in love with the arts.

Since then he has pursued this passion vigorously, blending the arts and sciences including collaborations with The Getty and The Tate. With works spanning the serious to the offbeat, his public and corporate art include the monumental POW sculpture at the US National Cemetery, several busts for The Emmys in Hollywood including Mary Tyler Moore and Ron Howard, and a bronze homage to Homer Simpson for Fox Studios. Becker’s commission interests are works that strive to honor and inspire others through this lasting art form.

His home and studio are in San Diego, California.

“I create works that strive to honor and inspires others through lasting form. My latest creative endeavors celebrate the beautiful wonders of life and art reflecting my 2014 re-entry into the world analogous to hearing sound after decades of deafness.” –Becker