Sparks Gallery sat down for an in-depth interview with Alexandra Hart to discuss the artist’s solo show symbiosis – on view at Sparks Gallery in San Diego through December 3rd. On the eve of the artist’s metalsmithing demo, we share a behind the scenes interview captured at the artist’s studio. Read on for in-depth thoughts direct from the artist on her process and inspiration.

Sparks Gallery: Why did you choose symbiosis as the title for your solo show?

Alexandra Hart: Really I don’t believe anything is truly solo. We are, so much, compiled in the experiences of our lives – the people, the animals the impressions, the entire world – is so much a part of us that solo is not entirely truthful. It’s the one person is the center point from which the ideas come forth.That is why its called symbiosis, not just because of the biological terms and some of my inspiration but really to honor the entire universe that’s made what came out for the show into this show. 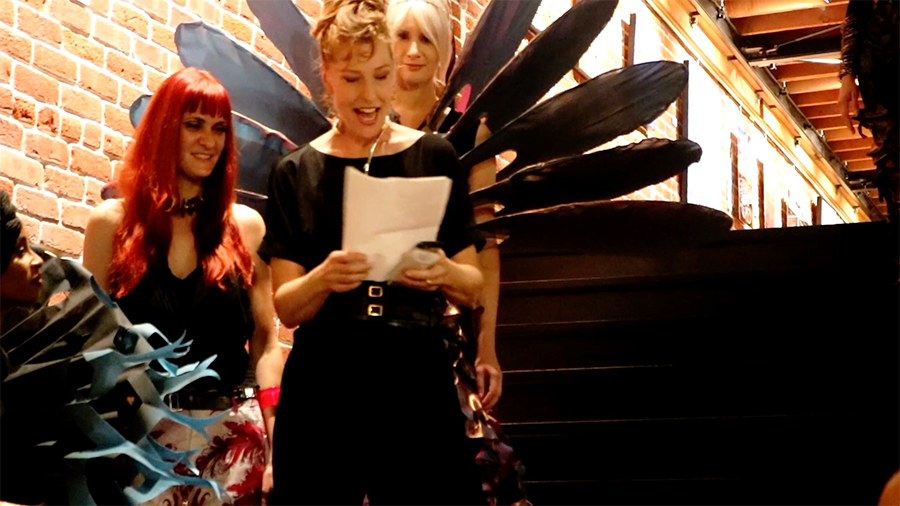 SG: Who were some of your collaborators for symbiosis?

AH: When this opportunity came about I knew immediately that I would collaborate with some professional who wants to do avant garde and has a very similar vision. And I was really fortunate to meet Tea Ninkovic who has been waiting for an opportunity like this. It’s just been so rewarding. At the same time I can share where it’s not my piece, it’s our piece together. And so her pieces are responsive to my pieces. 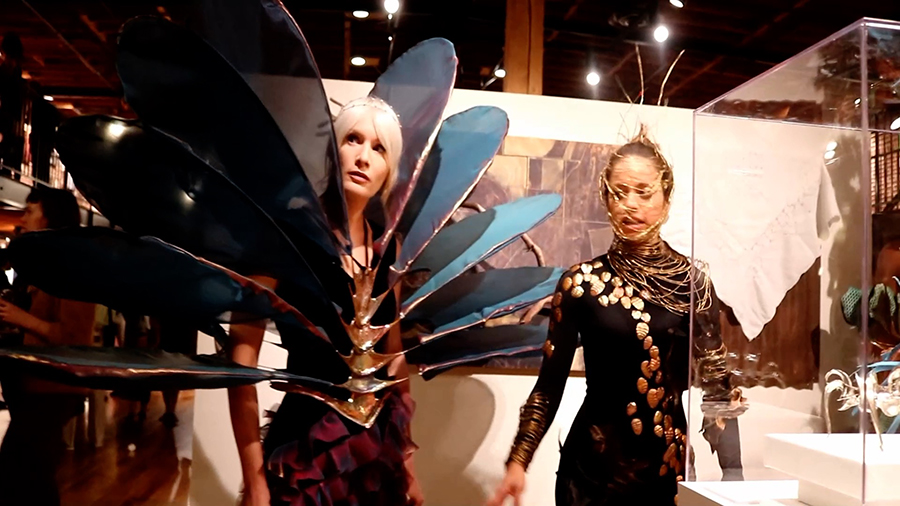 SG: What role does science play in your process?

AH: Science has just been something in my life and my concern and the more I learn about the world the more I am concerned about the difficulties on the planet. The more and more important it becomes to me that my work communicate science. But science needs art, because science isn’t just that dry biology class – it’s a communication of how we came to be and what’s going on in the world. I’ve often used extinct species to pretty much, point blank, remind us that extinction is real. And many pieces are related to extinct beings. 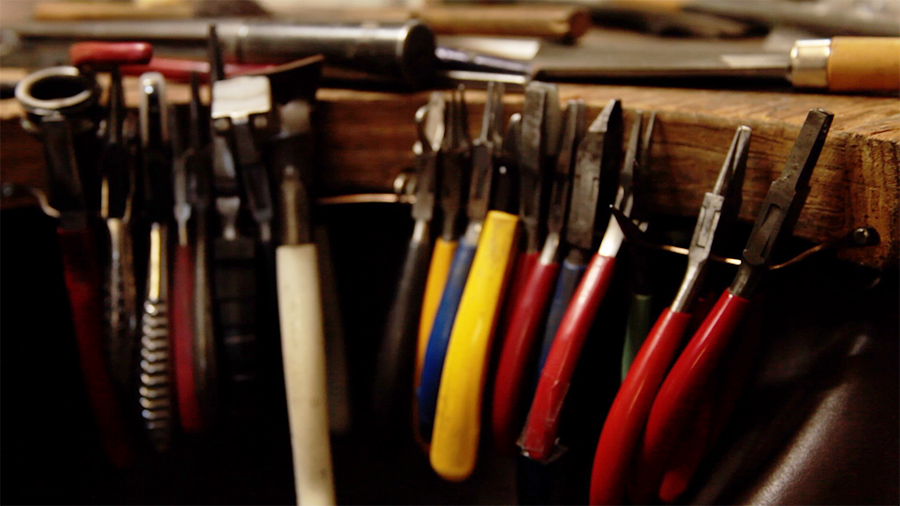 SG: Are there specific techniques that play an important role in your practice?

AH: Technique to me is just like language, it’s just a tool. I’m not technique specific I do whatever technique gets me to the result I need, but the technique is ancient. Another interesting thing about working in metal and working in something so permanent is that the piece itself can become a record, like a fossil. It will outlive us all. 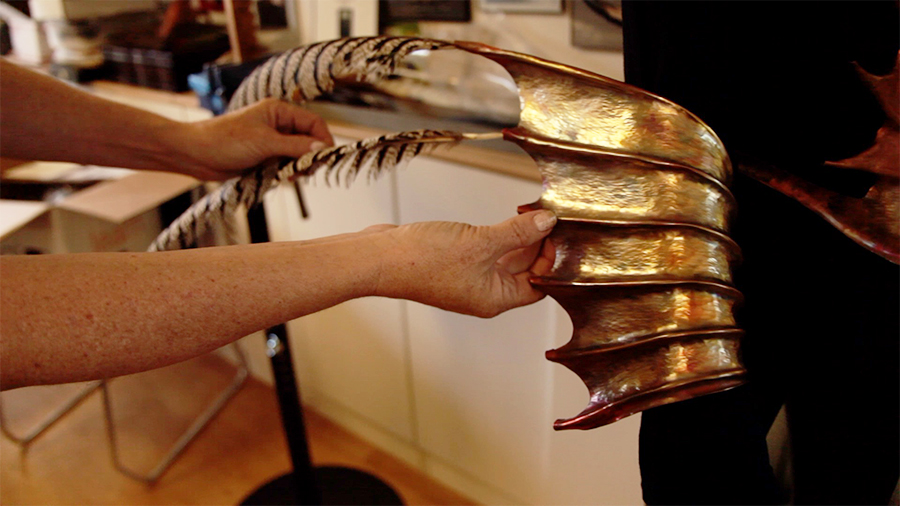 AH (cont’d): That’s yet another relationship I can have as a short lived human being with something that’s molecularly millions of years old and at the same time may live millions of years further. Everything is so now but it isn’t, and everything we do today, could have effect forever.  It’s a direct relationship with the ancient past and the, maybe, far distant future.

SG: How do you think collectors will respond to this body of work?

AH: I have to say I don’t have any idea how people will take this work. To be unique puts you out on a limb and if people don’t understand something than they can’t easily relate to it.  So my effort is to pull you into relationship with it physically and literally, in your face, and yet it’s still something you have never seen before. I very very much enjoy the visceral response where people are both drawn to it and horrified by it or drawn to it and curious about it or come across the room to tell me it’s too standoffish. The attraction of aposematic, which is defensive form, and so the paradox moment. 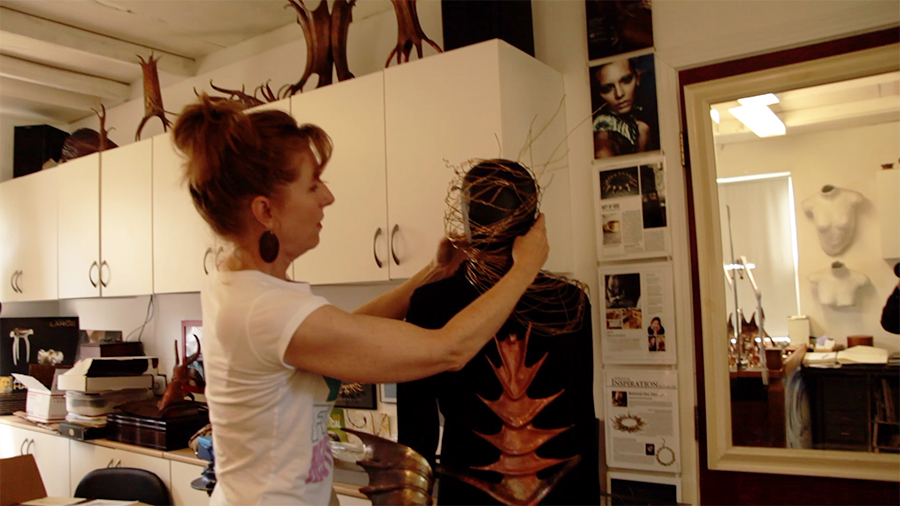