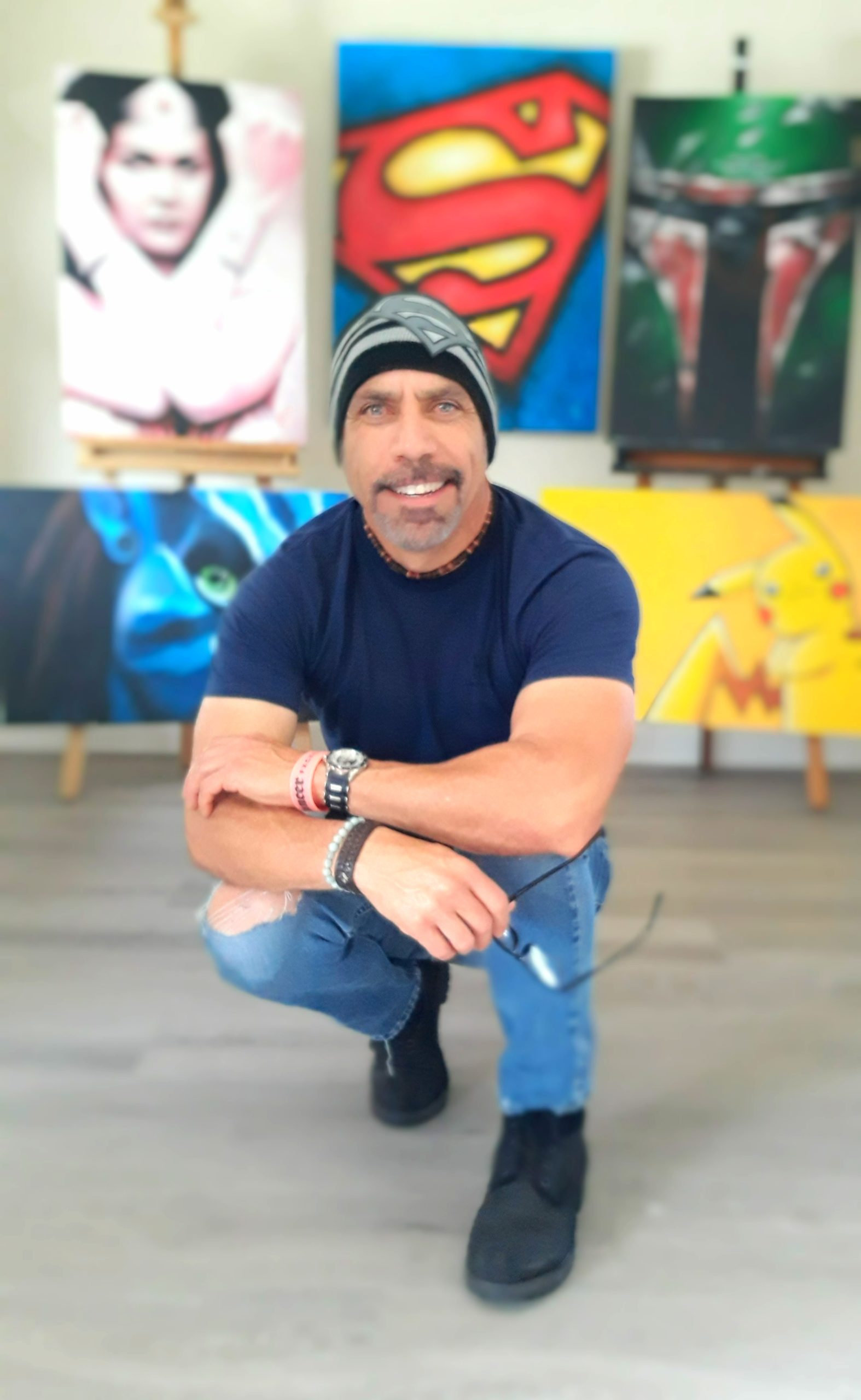 Daniel Jaimes is a San Diego pop culture/ movie icon artist and second youngest of ten children. At the age of 10 he discovered his talent to escape the adversities of the real world by drawing spaceships, battle scenes and characters from a little known movie called Star Wars on any piece of paper he could get his hands on. That inspired him all the way through high school and into his early twenties…and yet Jaimes never took his talent seriously until the passing of his father in 2006. From that point forward his drawing and cartooning skills vastly improved with the help of better tools and materials, and after hundreds of hours of non-stop practice and failures for the next two years, Jaimes re-kindled his love for the arts while re-discovering his talents.

In March 2010 Daniel Jaimes challenged himself again by purchasing his first canvas, brushes, and acrylic paints. He began his painting journey by experimenting with a “pixelating” technique in which small, distinct dots of color are applied in patterns to form a larger image with no brushstrokes. Pixelating is better known in the Art World as Pointillism, pioneered by Georges Seurat in 1886. Within a year of developing this skill, Daniel began noticing the results of his hard work — his painting style was evolving rapidly in his mission to apply the diligent style of the Old Master to today’s pop culture and movie icons.

Jaimes especially looks forward to participating in live art shows, as it gives him the opportunity to demonstrate his techniques and tell the story of how he allowed the child within himself to survive. It’s hard for him to say goodbye to his work when sold…but it also motivates him to create more.

So what inspires Daniel the most? Knowing it’s never too late to do what you love.